In this tutorial we will look at the new Conditional Survey feature introduced as part of Waltz 1.27.

Questions in conditional surveys may have predicates associated to them. These predicates can broadly be categorized as either response-based or subject-based.

Response-Based predicates use data from other responses in the survey to determine if a question should be shown. A simple example is: isChecked("IN_SCOPE", true) which would return a boolean based on whether the response to the question with external id: IN_SCOPE is checked. If it has not yet been answered assume it is in scope (the second argument provided this default value oftrue)

Subject-Based predicates use data from the Waltz entity being surveyed. So an application survey would have the corresponding application as it’s subject, a change initiative would have the corresponding entity. A simple example is: isRetiring() which would return true if the app is scheduled for retirement or false if the app is not scheduled for retirement (or has already retired).

Note, some functions are not strictly predicates; they return numeric or string results. These need to be converted into predicates by using operators such as > or ==. For example, assessmentRating('DATA_SENSITIVITY') == 'HIGH'.

The current list of functions that can be used is given at the end of this tutorial.

Sometimes a simple predicate is not sufficient to express a rule. Waltz allows for predicates to be combined using simple boolean operators. An example: isChecked('IN_SCOPE', true) && isRetiring() which would only show the associated question if the IN_SCOPE checkbox was ticked (or not yet answered) and the application being surveyed is scheduled for retirement.

As surveys increase in complexity we may find ourselves repeating complex predicates for multiple questions. There is a helper function, ditto, which is useful in this scenario. ditto allows you to reuse a predicate from another question and optionally build upon it by combining with additional predicates.

As can be seen in the above examples, having well labelled external identifiers for questions helps make the predicate logic readable. Use ditto to increase readability and to minimise rework if a common base predicate changes.

Let’s look at an application based survey to see a complete example: 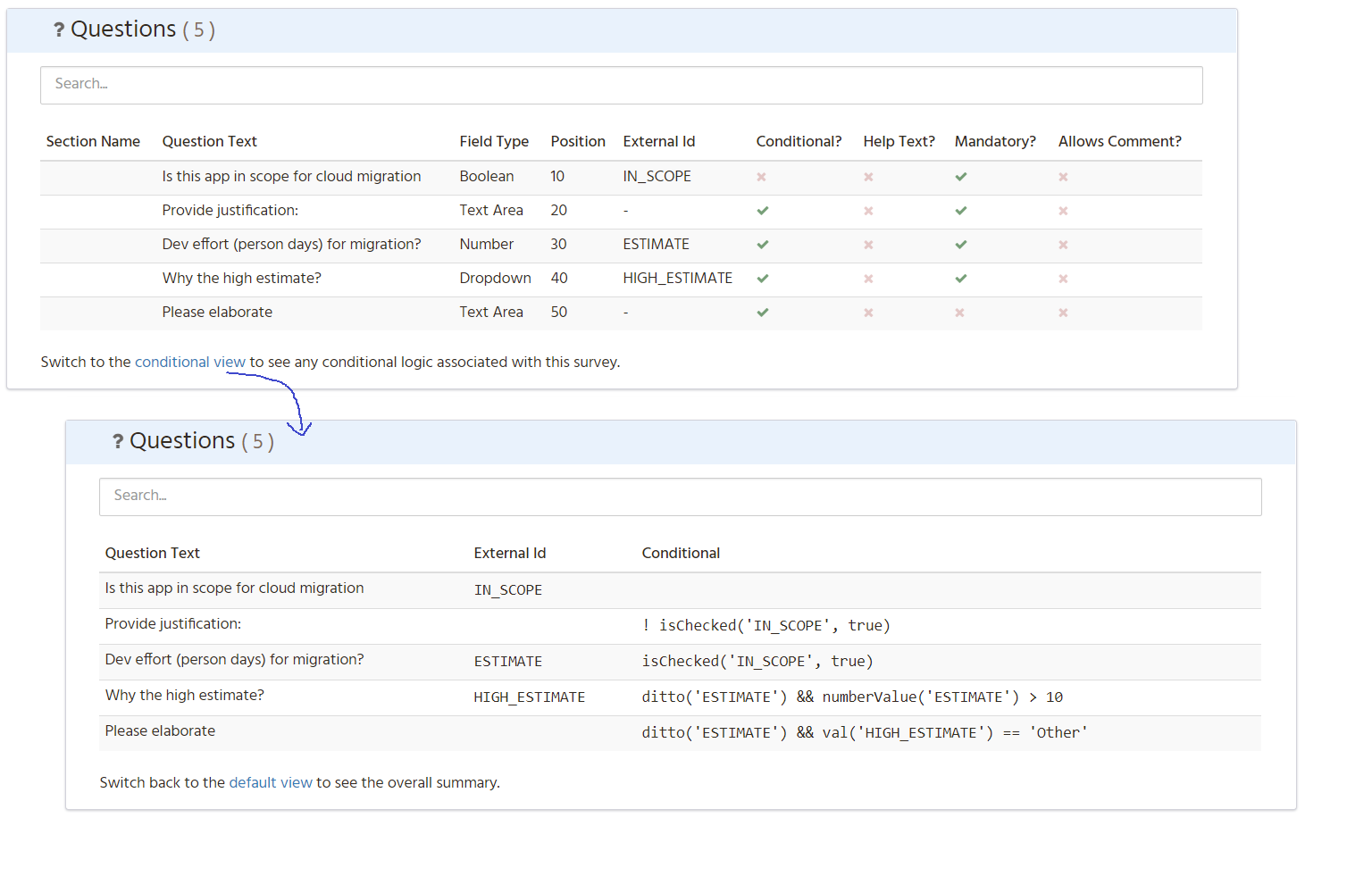 Here we can see the survey definition for a simple survey which is gathering data for a cloud migration programme. The first question toggles the all the other questions, with q2 being shown if the app is out of scope (note the negation operator, ! in ! isChecked('IN_SCOPE')). The remaining questions build upon each other using ditto and the end result is a dynamic form which can manifest itself in any of the following ways: 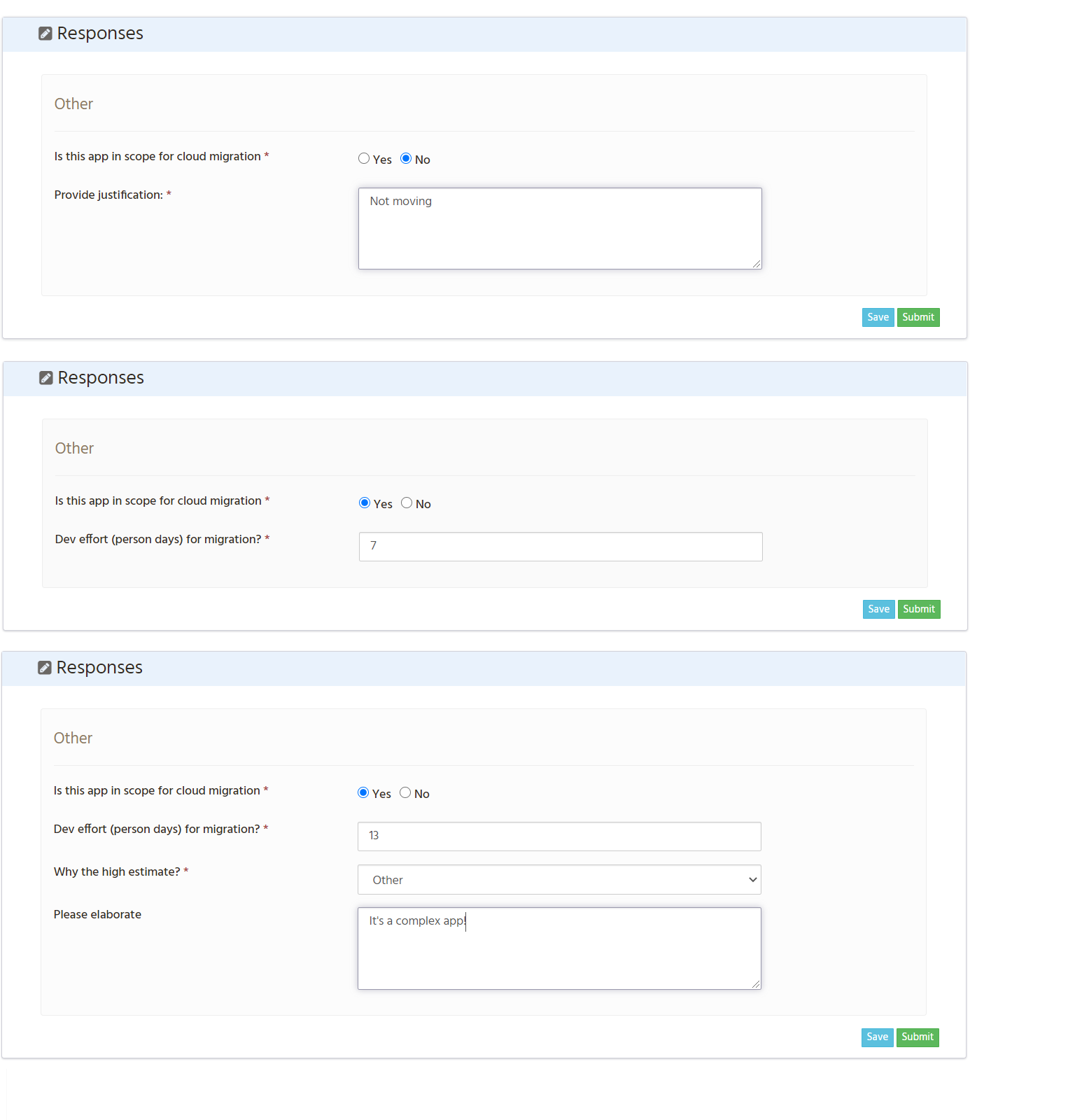 Conditional surveys greatly increase the ability of surveys to capture the data you want without swamping the recipient in irrelevant details.

We are looking to expand the feature with new predicates and capabilities over the coming releases. If you have any suggestions please contact us via our Github Issues pages.